And voting for next month’s readalong is officially open! There are four options to choose from for March, so basically just comment below to let me know which one you’d be interested in participating in a readalong for. Rules for the readalong are simple. Get a copy of the book and read it during the month of March. I usually set up a timeline to offer a helpful tool to follow and let you know where in the book you can be per week to finish the book by the end of the month, but it is by no means required for you to follow the timeline.

At the end of the month there is a week-long period in which you have time to review the book and I will post a feature for your blog and link back to the review you’ve written. Additionally, so long as I have a little extra money that month, I will be hosting a giveaway for someone to win a copy of the readalong book in that same time frame.

So, without further ado, here are the potential March Readalong books!

“Nobody asked little girls what they wanted to be when they grew up anymore. Nobody wanted to draw attention to the fact that most of them wouldn’t live that long.” 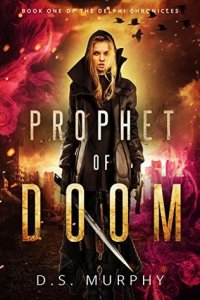 I won a Kindle copy of this book in a Goodreads giveaway and I’ll be honest, it sounds pretty fantastic. It’s a dystopian novel with time travel and from my understanding is very post-apocalyptic. Derek Murphy’s world sounds frightfully fascinating and if the synopsis is anything to go by, the voice of his main character is quite engaging. I’ll likely end up reading this one next month whether or not it is chosen, but it’d be cool to have it as a readalong.

“Her decisions have the power to change her fate—and the fate of time itself.”

Everless has been cheated about for ages and I never quite got around to reading it, but it’s definitely still on my list (though that list gets even longer by the day!). Sounding very much like the movie In Time, Everless is a world in which people live based on the currency of their time, meaning the less time you have the poorer you are and the sooner you will die. It’s a fascinating and beautiful concept and it’ll be interesting to see how this book captures the idea. 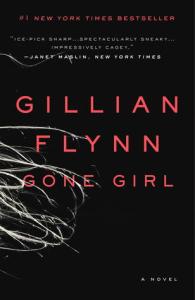 “Nick is oddly evasive, and he’s definitely bitter—but is he really a killer?”

Gone Girl was an option for last month’s readalong and so I’m gonna leave it up as an option for March as well. I’m pretty sure most of us have heard of this book by now and I’ve been meaning to read it for a while, but I just haven’t got around to it. Gone Girl tells the story of a young woman who disappeared one morning and all the darkness surrounding her husband and their relationship as a result of it. Now, I’ve seen the movie already and I thought it was fantastic, if not terrifying, but I definitely want to read the book at some point also.

The Song of Achilles by Madeline Miller

“Patroclus, an awkward young prince, has been exiled to the court of King Peleus and his perfect son Achilles. Despite their difference, Achilles befriends the shamed prince, and as they grow into young men skilled in the arts of war and medicine, their bond blossoms into something deeper – despite the displeasure of Achilles’ mother Thetis, a cruel sea goddess.”

I just love stories about Greek Mythology. And this one sounds amazing, to boot. It’s definitely not the story of Achilles that we’ve seen in the past, but I’ve honestly been dying to get my hands on a copy. I’ve delved pretty deep into the story of Achilles in the past and read a number of renditions on the tale. I’m most familiar with Patroclus as Achilles’ cousin, but in this one they’re merely friends and perhaps something more.

So there you have it! Just leave a comment below with the title of the book you’d prefer to have up for next month’s March Readalong and at the end of February, whichever book with the most votes will officially become the book we read in March. Thanks for sticking around, everyone, and a special shout out thank you to anyone who is participating in the February Readalong. I’m hoping to keep this going regularly, so I really appreciate anyone taking part! ❤️